The Lehman Trilogy returns to London

After enjoying a successful UK premiere at London's National Theatre in July 2018, the Tony award-winning play, The Lehman Brothers, returns to London's West End in January 2023 for a 17 week run at the Gillian Lynne Theatre

The story of The Lehman Trilogy

Hailed as 'genuinely epic and magnificent' by the New York Times, The Lehman Trilogy is the story of a family that changed the world.

The play is told in three parts, exploring the progress and pitfalls of capitalism. It follows three generations of the Lehman family, from when the first Lehman emigrated to the United States in 1844 to the fall of the Lehman Brothers empire, which triggered the largest financial crisis in history.

The Lehman Trilogy cast and creatives

Playwright and novelist Stefano Massini wrote The Lehman Trilogy, which was also published as a novel and later adapted by British playwright Ben Power. The premiere took place in 2013 and later debuted in London at the National Theatre, running from July until October 2018.

The Lehman Trilogy, a co-production with Neal Street Productions, features a cast of three actors who play the Lehman brothers, as well as their sons and grandsons. Casting is yet to be announced.

The Lehman Trilogy West End tickets are in high demand

Don't miss out on one of 2023's biggest upcoming West End shows. Having received a fleet of fantastic reviews for its previous runs and five Olivier Award nominations, tickets for The Lehman Trilogy in London will sell out fast!

'A masterwork. Far and away the best thing I've seen.' Chicago Tribune

'A Masterpiece. So theatrical and transporting, it surpasses all praise.' The Washington Post

'True Blockbuster theatre that will hold you captive until the final curtain call.' Vanity Fair

Please note: This production features instances of flashing lights and some video effects that may cause dizziness. There will be instances of total darkness (lasting 15 seconds) and gunshot sound effects. The production contains moments and themes that some people may find distressing. 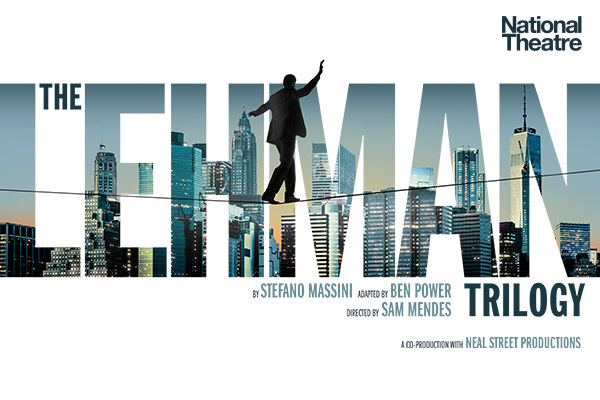 On a cold September morning during the mid-1800s, a young man from Bavaria would begin to dream of a new world, one filled with endless possibilities. The critically acclaimed The Lehman Trilogy recounts the story of three brothers who changed the global economy forever, their rise to power and the largest downfall of one of the most powerful firms in history. Returning to the London West End on 24th January 2023, the Tony Award-winning play is set to be led by stars of the stage Michael Balogun, Hadley Fraser and Nigel Lindsay who will be joined by renowned pianist Yshani Perinpanayagam. Tickets for The Lehman Trilogy are available to book now for the Gillian Lynne Theatre, London! James Bond director Sam Mendes (Spectre, Skyfall), who is perhaps best known in the West End for directing the hit plays The Ferryman and The Lehman Trilogy, has pointed the finger at streaming services like Netflix and Amazon Prime for making millions on the coronavirus lockdown whilst UK theatres have been left in the dust.

“The performing arts need to be saved now,” Mendes urged in a recent op-ed he wrote for the Financial Times. The English stage and film director has called for streaming services to help share the windfall from COVID-19. When you do the math, this certainly isn't asking for much. Back in April, Netflix announced a surprisingly large increase in new subscriptions with approximately 15.8 million new users from around the world signing up for the service in March — when lockdown measures swept Western society.

This is in stark contrast with performing arts spaces, 70% of which are forecast to exhaust all of their funds by the end of the year. And while some entertainment venues such as cinemas and drive-in theatres can continue to stay solvent after lockdown, social distancing measures spell disaster for most UK theatre venues. The industry has been, without a doubt, left high and dry and we can only hope Sam Mendes' rescue package ideas will catch on... and fast!

Acclaimed Austrian-German actor Dominik Tiefenthaler (Gossip Girl, The Good Wife, Grand Theft Auto IV) is set to star in the Sam Mendes-directed production of The Lehman Trilogy for its final four weeks in the West End. Having originally sold out at the National Theatre last year, the hit play is now playing to packed houses at London's Piccadilly Theatre.

The National Theatre has recently announced Meghan Markle, Duchess of Sussex, as their new Royal Patron. The news comes just a month after the Duke of Sussex, Prince Harry, graced the Dominion Theatre stage in support of the Invictus Games during a special gala performance of Bat Out of Hell. Members of the Royal Family have all throughout history supported London theatre, going all the way back to Shakespearean days. Queen Victoria, for example, famously purchased 20 private seats at the Royal Albert Hall on a 999-year lease and was also, naturally, the proud owner of the venue‘s Queen’s Box.

If you happened to go to the theatre in 2018, then you most certainly remember having dozens upon dozens of options to choose from. In addition to such established London theatre classics as The Woman In Black and Agatha Christie’s The Mousetrap, theatregoers were met with many critically acclaimed plays featuring hot topic issues, including Nina Raine’s tense drama Consent (Harold Pinter Theatre) and the thought-provoking piece Rasheeda Speaking (Trafalgar Studios 2), which examined racism in the American workplace.

Trafalgar Studios proved to be one of 2018’s top venues for plays with such surprise hits as Arinzé Kene’s Misty and Natasha Gordon’s Nine Night. Meanwhile, the Harold Pinter Theatre together with Jamie Lloyd premiered the first-ever Pinter at the Pinter season, which staged many of the playwright’s rarely seen plays.

Now with 2019 upon us, we weigh in with our picks for the top 5 most anticipated plays for 2019. Read our list below.

The Lehman Trilogy to play at the Piccadilly Theatre next year

The Sam Mendes production of The Lehman Trilogy is set to transfer to London’s West End next summer for a highly anticipated 12-week run at the Piccadilly Theatre. Tickets to The Lehman Trilogy go on sale to the general public on 2 November 2018.